We have some exciting news to share – Olive Crest is continuing its mission of strengthening, equipping, and restoring children and families in crisis by expanding our services into Santa Barbara county! To continue our efforts to address the issue of human trafficking, Olive Crest began operations at the Hope Refuge campus on March 7, 2022. This ranch-style facility for female victims of sex trafficking has been providing safety and healing since 2013. 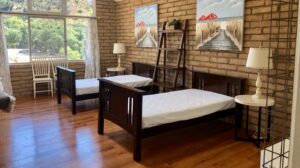 “Sex trafficking is a form of modern-day sex slavery that destructively impacts the well-being of individuals, families, and communities nationwide. While Olive Crest already provided support for victims of sex trafficking, Hope Refuge enhances our programming through residential services specifically for girls who have escaped sexual exploitation. It also provides a larger platform for Olive Crest to raise awareness of sex trafficking and its tragic consequences.”

The Hope Refuge Campus is specifically for 12 to 17-year-old girls who have been sex trafficked in the United States. This is Olive Crest’s first program in Santa Barbara County, but with intentions to expand its presence in the area, Olive Crest will be able to serve hundreds more children and families in crisis.

SUBSCRIBE for impact in your inbox
Join the conversation ON SOCIAL MEDIA
InstagramFacebookTwitterYoutubeLinkedin
Copyright © 2022 Olive Crest | FEIN: 95-2877102 |  Designed by Luminate Marketing
Privacy Notice
Back To Top